In 2010, after 10 years of marriage, and 17 years of being together, I made the frightening decision to separate from my husband. I was 35 years old with two little boys, who were, at the time, four and seven years old. I didn’t know why I had to leave the marriage; I just knew I had to. Throughout our years together, and even from the earliest months of our courtship, I knew something was off, but I could never quite pinpoint it.

On the surface, my husband was doting, nurturing, and attentive, but his love always came with conditions. In return for his affection, I was to behave as he wanted me to, never question his decisions, and subscribe to his belief system. Should I step outside those silent rules and have a boundary, I would pay for it dearly. Yet his “punishment” was always so subtle, covert, and manipulative, that I never recognized it as punishment, much less emotional abuse. 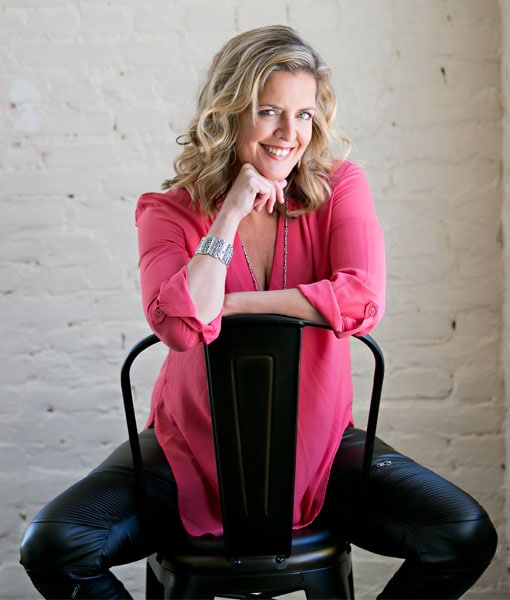 He was an expert at stonewalling, gaslighting, and using passive aggression to make his point; so accomplished at this that I always ended up apologizing, not really understanding what I was apologizing for. After an argument, I was often dazed and confused. But apologizing, I discovered, would restore his equanimity, thus granting me temporary peace. Our relationship existed on a fragile foundation, and I silently endured being married to a man who was “perfect” to the outside world but an emotional time bomb behind closed doors.

By the time I was 30 years old, I had begun to question his behavior. It took me five long years with a therapist to understand that his behavior would never change and to find the strength and courage to leave the marriage. Aside from childbirth, it was the hardest thing I’ve ever done. After telling him I wanted a divorce, I was sucked into his maddening vortex of negotiation, apologies, false promises, sadness, heartbreak, bullying, and threats, sometimes all in one day, sometimes all in one hour.

I did everything I shouldn’t have done. I engaged, tried to reason with him or change his mind, cried with him, apologized, responded to his threats in sheer rage, changed my mind to make him feel better, only to change my mind again after he bullied me. The more I tried to establish boundaries, the more his behavior worsened:

I had no idea how to fight back other than to plan an escape route and break free from him. I moved out of the marital home and rented a place of my own. When the news of our separation broke to my family and social circle, people were shocked, even devastated. When they’d ask me the reason for my “sudden” escape, I couldn’t give a solid answer. Without a logical testimony on my part, and his explanation that he was “abandoned” for “no reason,” I was shunned by nearly our entire circle of friends.

But my battle was far from over. Our divorce took over two years, and I ended up giving in to many of his requests out of sheer exhaustion. I walked away with zero assets, lost any rights to my marital home, went without child support for two years leaving me nearly broke, and agreed to abandon my rights to his pension and part of his 401K, which were legally owed to me. To this day, I bear the financial setbacks from that crappy deal, but I consider myself lucky. I have talked with too many people who’ve endured far worse outcomes.

As I slowly emerged out of my hell and put more time and space between my husband and me, I began to realize how dysfunctional our marriage truly was. Grief, for the loss of a life I always wanted, turned to anger.  I began to investigate the pathology of our breakdown. It wasn’t until a year into my separation that I fell in love with someone new, only to be betrayed and quickly discarded. Heartbroken and depressed, I hit rock bottom that I didn’t think was possible. Back in therapy, but this time with a new therapist, I learned of the term “narcissist.”

After that first session, I drove from my therapist’s office straight to the bookstore. I stumbled on a book titled Narcissistic Lovers: How to Cope, Recover and Move On by Cynthia Zayn and M.S. Kevin Dibble. Standing in the self-help section of Barnes and Noble, I thought, How did I not know about any of this? If someone told me about narcissism and clued me into my codependency, I would have left a long time ago!

My anger fueled my thirst for more understanding of this personality disorder. I read book after book, delved into learning about codependency, which helped me understand my childhood, and how the death of my mother when I was six years old left me gravely afraid of abandonment. Every moment of my free time was spent researching, looking for answers, and connecting even more dots. Meanwhile, I documented all that I learned and began writing articles. My early work debuted in Huffington Post, and one article went viral, The #1 Secret  on How To Engage With A Narcissist, which was then translated by HuffPost into four other languages. The viral response to the article not only surprised me, but it indicated how prevalent the problem is and the lack of information underserving its victims. I vowed to change that, and thus, my new career in coaching and writing was born.

This website, and the content within it, is for you. Many people tell me that when they found me, it was like stumbling upon a treasure map that lead them to a wealth of knowledge. I hope it does the same for you, and that you find answers, clarity, and the realization that you are not crazy, but rather, you’re just stuck

Whether you’re in a relationship with a narcissist, just exited one, or looking to start your life over, remember, you are unbreakable. I’m just here to help you navigate these muddy waters. Be sure to check out my work with me page, my book, or my online course – they will give you hope and the direction you need, I promise.

“To say that our sessions have been life-changing is an understatement. She just “gets” me, and is compassionate, but also calls me on my bulls**t. Suffice it to say that Lindsey’s approach of returning to love, finding your inner source and learning to love yourself to attract the people and life you want is just what I need.”

If you need on-the-go advice and inspiration, subscribe to my podcast and get over 35 hours of my shared personal stories, as well as interviews with clients and other relationship experts.

Shoot Me a Note

I would love to hear from you! Send me a question or comment. Need coaching? Click here to learn about working with me.