Breaking Up with Mr. Nice Guy 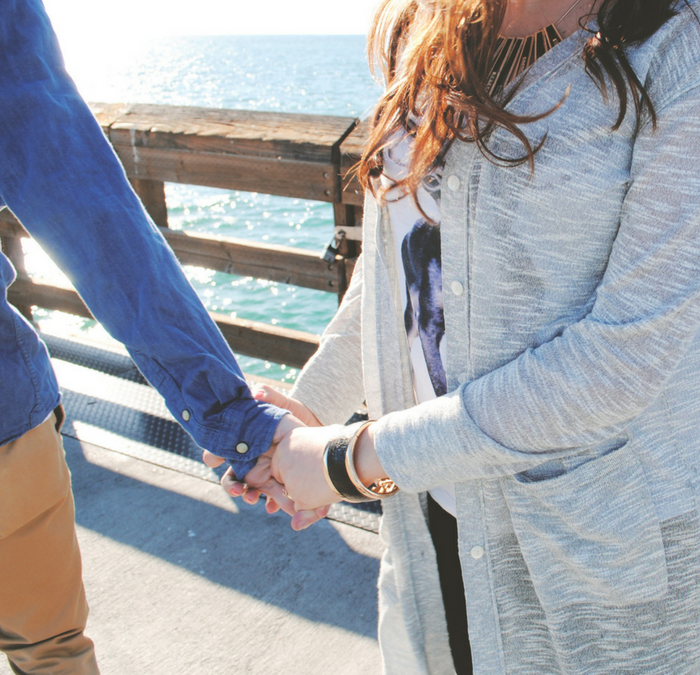 I once dated a really nice guy. He was funny, we had fun together, we had good chemistry – but something was off. It took me a while to pinpoint what it was – but I held on far too long because, really, I had no one else in my life so why end a “good” thing?

Has this happened to you, where you are in a relationship with someone but know he’s just not the guy for you?

This is actually a problem because if he isn’t a jerk, it’s actually harder to end it, right?

Take a look at these and see if this is you and your nice guy:

-You have fun together
-He’s a good father to your children (or he isn’t the dad but your kids really like him)
-You have great sex, chemistry, or passion
-Or maybe you don’t have great sex, but he’s such a nice guy
-You keep saying he is that “for now” guy
-He offers companionship and fills those quiet, lonely days
-Your friends like him, you like his friends and you are socially entwined
-Or maybe you’re married to a nice guy and divorcing him feels like the ultimate betrayal to him and your family

But if you feel in your gut he isn’t right for you, you at first second guess yourself. “He takes care of me,” you think. Or, “If we break up, I will miss him.”

Ah, no – those aren’t good enough reasons to stay with someone. It’s time you get honest with yourself.

Ask yourself, what is truly missing here?

Are you staying with him only because it’s safe? Do you think that maybe you won’t find anyone else better?
Yikes, if you answered ‘yes,’ then you are selling yourself short!

If you only expect mediocre things for yourself, you’re only gonna end up with someone who is mediocre himself. You attract those who reflect your current state of being. Just because he’s nice doesn’t mean he is right for you.

When I think about my once nice guy, underneath our good times and our friendship was his lack of direction in his life. He always had big ideas, but never followed through with them. He was lost, burdened by his divorce, and couldn’t stick with a job after he lost interest.

Whoa – hold it right there – not only was that him, but that was ME at the time in my life!

We found common ground, friendship, and chemistry because we were both in the exact same place in our lives. Metaphorically speaking, he was like a mirror showing me who I was at that time.

And that really freaked me out.

I knew I deserved better. I knew I was better.

Truthfully, I was stuck and I didn’t want to be stuck with someone else who was stuck – even though he was a really nice guy, a safe one, and someone who wouldn’t cheat or be mean to me.

So ending it was really hard. I tried to get him to end it, and he never would. It was like giving up a good chocolate sundae on a hot summer day.

But the more I stuck it out, the more it made me feel really yucky. I started to resent him because he reflected a person who I didn’t want to be. I didn’t get divorced and put my children through stress just so I can settle – all of that would have gone in vain.

Don’t let all your accomplishments, your success, your children and your dreams go in vain just to be with someone just because he’s nice.

When you give energy to a bad relationship, it only prevents something new to come to you. You’re saying to the Universe, “I’m too busy for someone awesome, so please hold off on sending anyone.”

So when I finally dumped the guy, it felt weird for a while. I missed him and we came close to reuniting on many occasions. But I didn’t want to be with someone who was simply nice – I wanted something more, I wanted to be fulfilled yet challenged by him.

Staying true to your gut, and trusting that you deserve someone who reflects your best self, not your needy, insecure, sad self – is what attracts the right guy.

Yeah, yeah, I know, your situation is “complicated.” There are things I don’t know and if you think I knew them, I might think differently.

No, not really. Because none of that matters.

Look inside yourself and understand what you are personally lacking within you that makes you stay with Mr. Nice Guy. And don’t worry about his feelings too much – you’re actually doing him a favor by letting him go so that he finds someone who reflects his best self, too.