Divorce & Debt: Must They be Married? 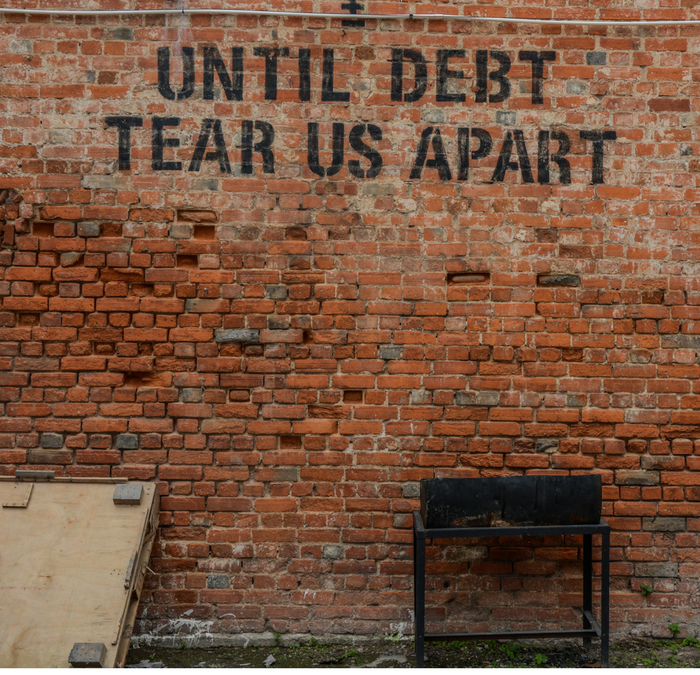 We all anticipate divorce to wreak havoc on our emotions, but I think few people are prepared for its financial toll.

I was one of those people.

Before I divorced, my husband and I lead comfortable lives – we each made a six-figure salary and rarely did I think about how much was in our bank account – as long as I saw a figure with lots of zeros in my account, I was never worried.

When I retained a lawyer and put $5,000 on my credit card, it was still the biggest “purchase” I ever made, but I knew I had the money to pay it off. I was totally naïve to think that one retainer would pay for my divorce (insert laughter from the divorced, peanut gallery).

Within a few months, that retainer dried up. So then I had to pay for another. Then another. And then I had to find a place to live, and was required to put down first and last month’s rent as a deposit (yes, it was steep, but it’s the going rate where I live).

Within one year of separation, I was completely broke – $50,000 of savings was gone. The rest I had to depend on my husband who tied up our finances with the divorce. I wouldn’t receive child support for another year and half – and alimony was never an option.

Divorce and Debt – the perfect marriage, and I was married to both of them.

But while debt after divorce seems like an unforgivable, rite of passage to many – it doesn’t have to be – at least not long term.

First – and this is SO extremely important – stop saying you’re in debt.

Stop telling people how much you’re getting robbed from the divorce.

When someone offers you something fun to do, stop telling them you can’t afford it.

While debt IS real and very much a problem, the more you talk about it with others, the more you are married to it. Unless you are talking with a financial planner about how to solve your debt, your debt is nobody’s business but yours.

Debt should never be a long term partner – so stop telling everyone as if it is. The more you tell everyone you’re poor, the more you will be.

Second – make a plan. And I mean a serious, F-you kind of plan that kicks debt out of your life. And yes, I know this is difficult when you’re emotionally tapped. But the longer you wait to make a plan, the more you’ll be married to debt. And the more debt you’re in, the more tapped you’ll be – so stop the cycle before it gets worse!

Talk with a financial planner. Read books about money management.

Third – Create multiple savings accounts. You could create accounts for kid spending only (so when they ask you for that one toy at Target, you can say ‘no!’), groceries, fun spending, holiday gifts, vacation. By dividing your checking account into smaller savings accounts, you can easily move your savings money over to checking when it’s time to pay bills – but when that account is running low, you know you need to stop spending in that category for the month.

Fourth – Even when you’re in debt, you MUST spend money on you. This is so, so important, and don’t ignore this. Here’s why: when you constantly feel poor and you never spend on you, your resentment only attracts more poverty. You must always feel what it’s like to spend money, joyfully, otherwise you will literally forget.
So, when your “fun spending account” is reasonable, then reward yourself with something fun to do.

When you’re in control of your finances, you’re acting like a rich person – you’re managing your finances. And when you act rich, you become rich. When you maintain control, you actually get more control.

Now go divorce your debt and be happily ever after.