Do You Get Derailed By Nasty Texts From Your Ex? 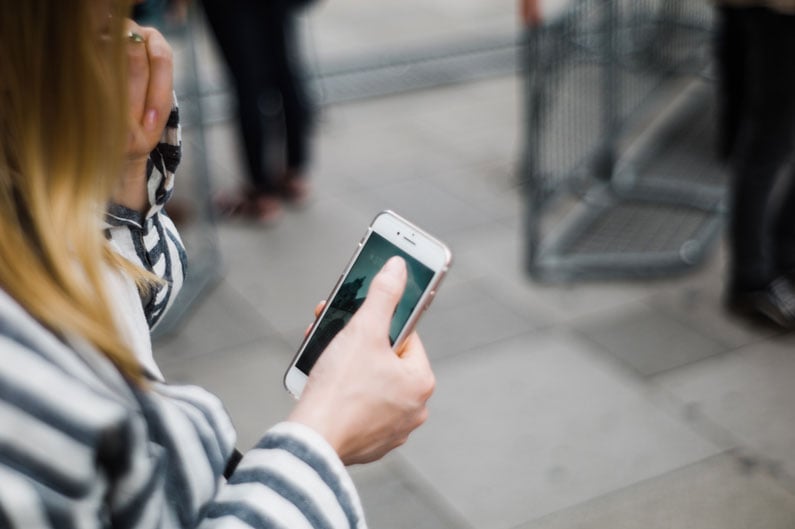 So here you are, trying to have a good weekend, and for once, things are starting to feel normal. You managed not to fall apart, and you even had hope that your life is about to get better.

Then you get a text from your ex. You see his name pop up on your phone, and before you even read it, it feels like a punch in the gut. Your heart beats a little faster. You begin to form sweat beads on your forehead. A mental conversation battles in your head. You think, “Should I open it or should I just delete it without reading it?”

Of course, you open it.

The text goes something like this:
I want to take the kids away this weekend but it’s your weekend so I wondered if we could switch. I have fantastic plans of (fill in the blank) and they will be so excited.

You already have plans with the kids, but his plans seem a lot more fun, and the kids would enjoy it. But you feel a pang of guilt that his plans are better than yours. So you consider giving up your weekend.

But then you realize that you would miss your kids, and have every right to have them, regardless of your plans not being as fun.

So you reply back:
That sounds great, but I already have plans with them. Perhaps you can do that with them on your weekend.

Once you hit send, you know you’re in trouble. Now you’re just waiting for the backlash, feeling like a little kid who is about to get scolded from their teacher.

And just like you expect, you get 15 text messages in a row. They may go like this:

Geeze, you really are selfish. I can’t do it another weekend because we just got invited to (fill in the blank) and it’s only happening this weekend. It’s so obvious you’re trying to take special time away from me and the kids. You see, this is why we are divorced, because you NEVER like to have fun, and here I’m trying to do something the kids will like, and now they’ll turn out just like you – boring and selfish.

And boom – just like that, you feel terrible. And because you already think you’re boring, you think there’s truth to the accusation. You’re also saying to yourself, “Whenever I try to stick to my boundaries, I get beat up. This isn’t worth it!”

But here’s what’s really going on, and you’re not seeing it:

1) He has zero regard for your plans with the kids, and doesn’t respect their time with you.
2) Having a last minute request for change of plans may be fair, but healthy people take that into consideration and don’t attack should they not get their way.
3) He knows every single one of your insecurities – after all, you were married for a long time. Think of your insecurities as a Rolodex to him – he doesn’t get his way and he pulls out the list and will attack you on them, one by one.
4) You’ve never fought back before, so he thinks you won’t now. But each time you do creates an “injury” to him – it’s sending him a subconscious message of, “See, you’re not that special or powerful after all.”
5) And because he is threatened by anyone who challenges his false sense of self, he will throw you the “book of insults.” (Look at how Donald Trump has behaved this past week after the debate – the more he loses, the more he insults, Tweets at 3 am, and punishes anyone who threatens his false sense of self).

If your ex is famous for doing this weekly, you must create a list for yourself as to WHY he is behaving this way, just like I did above. Don’t let their disorder become YOUR disorder. Don’t engage in his attacks and rationalize with him why he is wrong and you’re not boring. Do not respond at all.

You are not a child, therefore you should never be scolded or patronized. Remember who you really are, not for who they claim you to be. Rewrite your story – get back to the place your Creator designed for you, and not your aggressor.