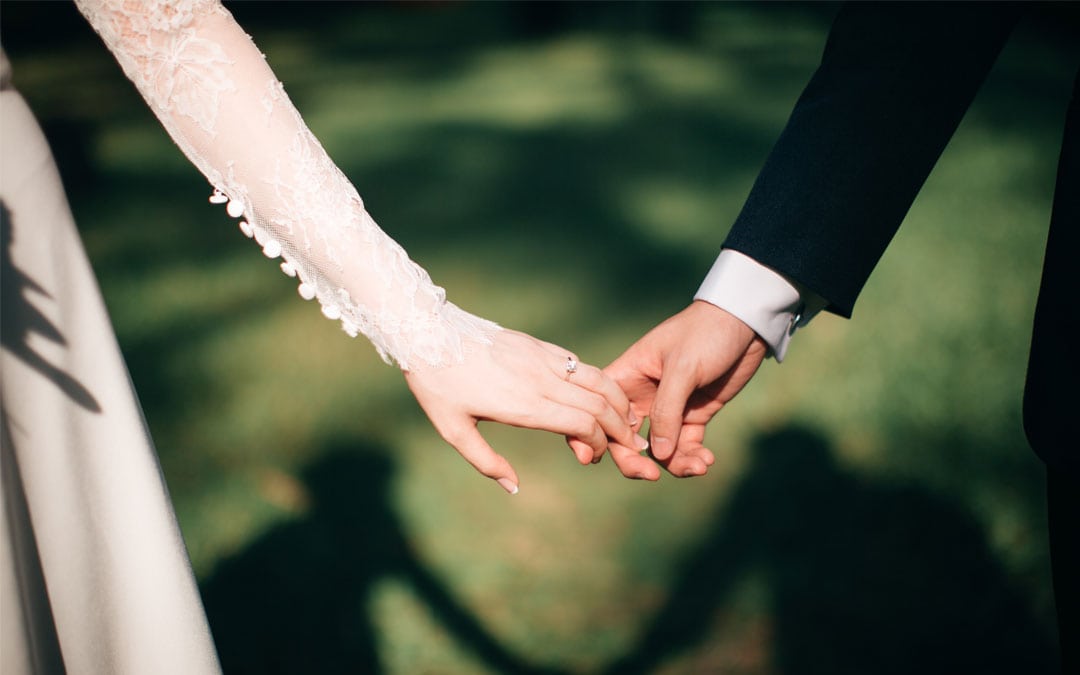 The majority of my audience are people about to exit a long marriage, or they’re newly divorced or separated, so most haven’t even begun to THINK about marrying again. So I often get the question, “What’s it like to be remarried after all that has happened to you?”

And “what happened” was leaving a 17 year, volatile marriage and then dating after divorce where my heart was broken (more than once). One would think that after so many tries, how could I possibly want to be married… again!

So I thought I would give you a behind the curtain look into my married life, and what it’s really like.

When my husband, Will, and I were just dating, we were pretty much inseparable. People called us “insta-couple” because we just meshed so well – we started off as friends, and took time to really develop a friendship (which I think is key to starting a good relationship). But after a month of getting to know each other, we just knew we would be married one day. In fact, we both openly admitted it without hardly a kiss between us.

Oddly enough, Will lived around the corner from me, and I never met him until 2 years after my divorce (and dating SO many bad eggs) until a neighbor-friend introduced us. Because he lived so close, he was at my house a lot, and finally met my children (then, 7 and 10 years old). They did NOT like him, or the idea of me being with anyone – so it took a long time for them to warm up to him.

Just eight months into our relationship, Will proposed – and life REALLY changed after that. I thought it was going to be easy – we were madly in love, and ready to start our life together. It was anything but easy. Things got really messy after we moved in together.

You know how when you move in with someone, you have to get past each other’s quirks, right? Well, imagine that on top of blending your two children with a guy who’s not their father. I remember the first time he disciplined them – it was like a punch in my gut – I did NOT expect how weird it felt. I thought, “Ummm, no, they’re MY children, you can’t discipline them. That’s not your job.” I wanted to defend my kids, even though they were truly misbehaving and not being respectful.

I really expected that he wouldn’t ever have to discipline them – that would always be my job. But then I realized how unfair that is to a person living in the same home – if he had two children in my home, I would most certainly discipline when needed.

But the first time he raised his voice (I yell at my kids all the time, so it’s not unusual for them), I was really pissed at him. And while he had every right to, it was a real problem for me. I silently thought, this moving in together was a really bad idea.

In just a few months under one roof together, there was a lot of resentment in the house. My kids wanted me to themselves, I felt very torn, and Will felt like an outsider. And to make things harder for me, Will began to really call me on my bullshit – telling me that my kids try to manipulate me and I let them get away with too much. It was like a smack in the face – eh-hem, no one gets to tell me how I parent! How dare he!

But the truth was, he was right. There was a part of me that felt guilty about being engaged, and they knew it, and took an opportunity to take advantage of that guilt. I was the parent, the grown up, and I was allowed to call the shots – and that meant doing things that they didn’t always like.

It was very, very challenging for many months. It took a while for us to all find balance, respect each other, and allow Will to be a step-parent (which meant me stepping aside and let him do so).

The one great benefit of remarrying is that you already know marriage isn’t always a bed of roses. You know it comes with challenges, so when they do arise, you don’t stress as much. You also know that divorce really, really sucks, so you work even harder to make sure it never happens again.

And so being married again is actually really wonderful. I got the second chance to have a life partner, someone who supports me and be my best friend. At the end of my work day, I still really look forward to seeing him. I am no longer challenged by the burden of single parenting, where two kids have to be in two places at once, and I have no help. Having been single for three years prior to marriage, I still get warm and fuzzy when my husband texts me, “Hey, headed to the store, do you need anything?” I will never take that for granted, ever again!

I absolutely adore our alone time together – and we work very hard to make sure we still go on dates, and treat our relationship as a real gift. I still struggle with communication, and telling him what’s on my mind, as this simple act used to cause WWIII fights in my former marriage. I continue to work on letting go of the past, and truly nurture this marriage.

But let me make it clear – there are times I hate him, or he hates me, we fight, bicker, and get on each other’s nerves. But as our relationship has matured, those times are few and far between, and our marriage just keeps getting better. I often get sad thinking we won’t have 40 years together, at least not a youthful 40 years – so with that, we both appreciate each other and the time we do have.

I share this with you because I know how hard it is to imagine a life with someone else – but if it’s something you truly want, do not be afraid – because the second marriage, at least for me, is beyond amazing. I love being in love – all the time!

However, just know it ain’t easy, and do not give up if the early months become bumpy.
Be open to someone new – never say “never” – because you never know how great life can be with someone who loves you so deeply. And.. you are so darn loveable, imagine how YOU will make someone else so happy and fulfilled.