What Dreams Have You Forgotten? 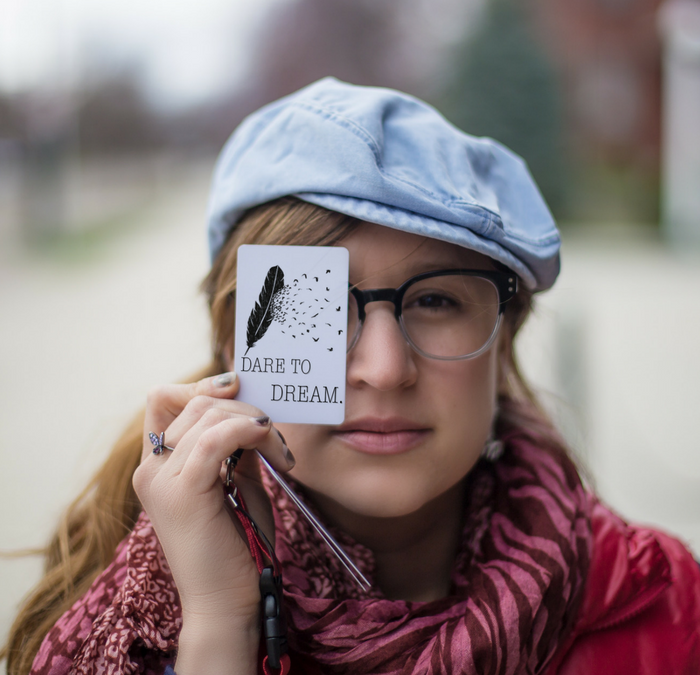 When my youngest son ‘graduated’ from the 5th grade, his ceremony was surprisingly moving. Aside from the fact that I think over-indulgent ceremonies for every milestone our kids reach is a bit ridiculous, this particular one struck a chord with me.
At the end of the ceremony, we got to watch a slide show that showed each child’s baby picture, and their own comments on what or where they want to be in 10 years.

Their answers really hit home for me. I started to take notes and here’s a sampling of what I saw:

These kids are dreaming big, because they think they can. In fact, right now, they KNOW they can achieve their dreams. They are unstoppable and fearless.

As this age, you never hear kids say, “I could never do that. I’m not good enough.” It’s why we love children – their egos haven’t fully been developed to make them fearful. They haven’t yet hit obstacles that tell them their dreams may not occur – they are doing just that: dreaming.

But the sad thing is, over time, many of those kids will fall away from their dreams because someone will tell them they shouldn’t, couldn’t, can’t afford it, it’s stupid, not realistic, they can’t make money from it, etc. How many times has that happened to you?

I really wanted to be journalist, and more specifically, I wanted Katie Couric’s job on the Today Show. In fact, my high school year book predicted that I would be a TV morning show reporter in 20 years.

But it never happened. I had lots of people telling me I shouldn’t, or that it was no pay in the beginning, or I would have to live in some no-where town reporting dumb stories.

If I didn’t actually listen to those who discouraged me, I wonder where I would have ended up.

But here’s the cool thing – I dusted off the dream of being a writer and made it happen, 25 years after I first dreamed of doing it.

Your dreams don’t have to stop. They may get put on hold. Life may get in the way. But if you had a dream when you were in the 5th grade, and you still wonder what life would be like had you done it, then it means your candle is still burning. The worst thing anyone can do is blow out their hopes and dreams. Don’t let that be you.

But let’s also get practical. Your dream of being a rock star may not exactly come true – but you could always lean into it! You could dust off your guitar, join a local band, start singing in your living room, and give a concert at your local coffee shop. Your dream is the act of singing and performing, not just the fame that comes with it.

I wasn’t able to become a reporter at 35 years old – yes, that ship had sailed – who would have hired me? So instead, I became my own reporter, writing about topics that interested me, blogging, and publishing my work on Facebook. For me, there is nothing more rewarding to see my byline on something that I wrote, even if it was just on social media.

By me leaning into that dream, something drastically shifted. I became passionate again. I found a purpose, one that was truly my own and didn’t require me to depend on others to get it. And that passion led to me starting my business.

I may not be on Good Morning America, but I now have a radio show, a blog read by thousands of people, and when something really inspires me, I write about it on Huffington Post. Not only am I coach, but I’m finally the journalist I wanted to be – and I have never felt more fulfilled in my life.

So what’s your dream and how can you dust it off? If you wanted to be a move star, perhaps you can audition for your local theater group? Don’t ever say, “It’s too late.” You’re in a life transition right now – in fact, it’s perfect timing! Go out and do it!

I no longer dream about being Katie Couric. Instead, I dream about her interviewing me – and who knows, it might just happen!